A spectacular version of Shakespeare’s The Tempest, this tale of revenge, forgiveness and reconciliation is rife with spirits, phantoms and illusions.

Forced into exile because of his obsessive pursuit of knowledge, Prospero, Duke of Milan, seeks refuge on an island with his daughter, Miranda. Living under harsh conditions, Prospero continues his studies and prepares his revenge. He enlists the services of the magical spirit Ariel and the hypocritical servant Caliban to shipwreck his enemies on the shores of the island. Although he manages to bring them all to the edge of madness, his daughter falls in love with one of the survivors, Ferdinand, the son of Prospero’s greatest foe. Upon realizing that revenge is a dead-end, Prospero accepts forgiveness as the only road to peace.

In this rendition of The Tempest, Prospero’s world is literally split in two. His real life on the island with his daughter and his servant is incarnated by live actors, while the world of his imagination peopled by enemies and spirits is rendered through virtual characters. This astounding three-dimensional illusion blurs the distinction between dream and reality. Close-ups, apparitions and visual effects make this Tempest a hybrid of theatre and film. 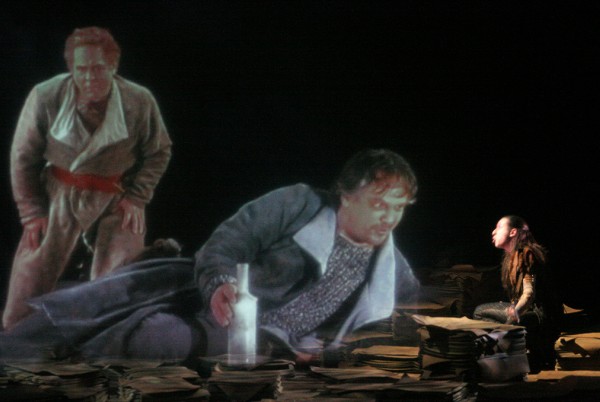 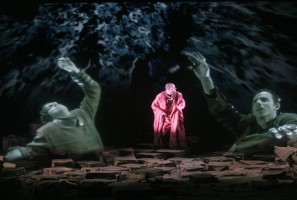 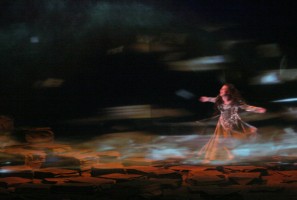 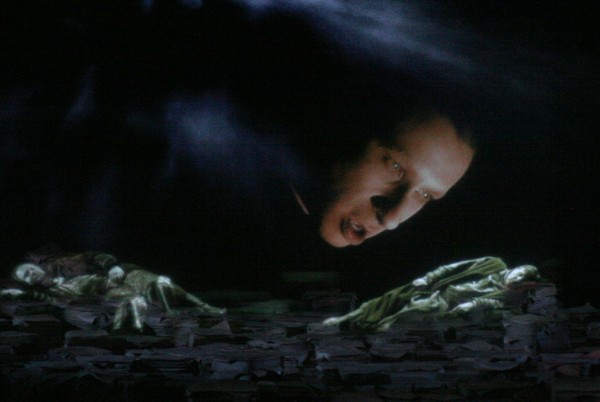 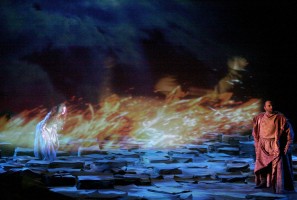 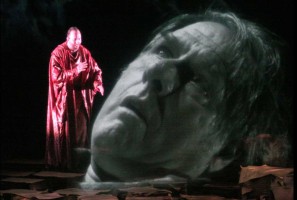